As the Mueller investigation into President Donald Trump continues, it has become obvious that the people investigating the president are anything but unbiased. Several officials within special prosecutor Robert Mueller’s team have been exposed as virulently anti-Trump, engaging in misconduct and even using political bias to steer the investigation.

Now, conservative radio and TV host Sean Hannity is speaking out. In his opening monologue for his self-titled Fox News show, Hannity called the politically-motivated actions of Mueller’s team a “direct threat to the rule of law in this country,” and accused deputy Attorney General Rod Rosenstein of “aiding and abetting that threat.”

Hannity didn’t mince words in his Wednesday monologue, which featured footage of a recent Congressional hearing. He pointed out that “Republican lawmakers are finally waking up and demanding answers.”

During the hearing, “GOP congressmen wasted little time,” according to Hannity. He showed Rep. Bob Goodlatte (R-Va.), who had strong words for the Mueller investigation: “We are now beginning to better understand the magnitude of this insider bias on Mr. Mueller’s team.”

Further, Rep. Trey Gowdy (R-S.C.) asked at the hearing: “What happens when people who are supposed to cure the conflict of interest have even greater conflicts of interest than those they replace?”

Rep. Jim Jordan (R-Ohio) also jumped on Deputy Attorney General Rosenstein – who first appointed Mueller – telling Rosenstein at the hearing that he needed to disband the Mueller investigation and appoint a second special prosecutor to investigate the corruption within Mueller’s team.

In response to the remarks, Hannity asked how it’s even possible that Rosenstein is “pretending like he’s the only person in America that doesn’t see it.”

This is a direct threat to the rule of law in this country. Rosenstein is aiding and abetting that threat. If he had any sort of moral compass, he would shut down Mueller’s corrupt witch hunt immediately.

Seemingly against all logic, Deputy AG Rosenstein continued to defend his choice of Robert Mueller as prosecutor at the hearing, though evidence shows Mueller was involved in the infamous Uranium One deal involving Hillary Clinton and pay-to-play schemes with the Clinton Foundation.

Rosenstein also claimed that while he is aware that Department of Justice employees involved in the investigation have “political opinions,” he believes that “Mueller understands” that those opinions cannot and do not influence the actions of investigators.

That seems increasingly unlikely. In just one example of how investigators’ political views can form investigations, former Mueller team members Peter Strzok and Lisa Page inadvertently revealed in text messages that they were both willing to inject their politics into their work.

In another exchange that month, Ms. Page forwarded a Trump-related article and wrote: “Maybe you’re meant to stay where you are because you’re meant to protect the country from that menace.” He thanked her and assured: “Of course I’ll try and approach it that way.”

So those political opinions didn’t influence the actions of investigators? It sure doesn’t sound like it. 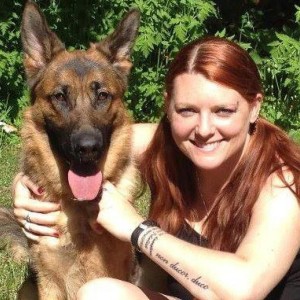