Eric Bolling reveals heartbreaking truth: “We were guilty of the ‘not our kid’ syndrome”

Former Fox News host Eric Bolling underwent a tragic experience in September 2017 that “forever changed” his life. Now, he’s sharing that experience with the world, including how he became “an accidental expert” on opioid deaths.

In an op-ed for CNN, Bolling told the full story of his son, Eric Chase Bolling, who died in September at just 19 years old after overdosing on opioids. The elder Bolling is now warning other parents of the dangers of what he calls “not our kid” syndrome.

“Like many parents, we worried about the possibility he was getting involved with harder drugs,” Bolling Sr. wrote. “But we never expected this would happen to him. We were guilty of the ‘not our kid’ syndrome.”

“The call every parent dreads”

Bolling began his essay with an image of him and his wife, Adrienne, driving home from dinner, where they discussed where to start over after his separation from Fox News, where he’d hosted Cashin’ In and co-hosted The Five for several years.

The day before his son’s death, Bolling was dismissed from the network over sexual harassment allegations made by former female colleagues.

His wife was driving when he received a call on his cell phone.

“Adrienne pulled over and we received the call every parent dreads,” Bolling wrote. He continued:

Adrienne spilled onto the road, grief stricken. I picked her up and we sat on the curb for an hour and cried.

Eric, our only child, died of an accidental opioid overdose at college. Eric Chase was a really good student at the University of Colorado. He was a social kid, liked to go to parties and had joined a fraternity. Over the year or so since he was in Colorado, Adrienne and I had discussed drug abuse with Eric Chase.

The “not our kid” syndrome

Bolling revealed that he’d harbored thoughts that his son may have been getting involved in the drug culture, but whenever he broached the subject, his son would answer, “Dad, I got this.”

Bolling admitted that all the signs were there — he just chose to ignore them. He wrote in the op-ed:

In the last few weeks of his life, Eric Chase’s personality changed dramatically. He became distant. He stopped attending summer classes. He didn’t seem to care about talking to us anymore. There were signs we noticed and signs we now wish we had done more to address.

The “not my kid” syndrome told him to ignore those signs. But the months that followed, he became “an accidental expert” on the opioid crisis.

“You see, opioids are the unbiased killer of our most precious commodity, our children,” Bolling wrote. “Opioids kill athletes, straight-A students, white, Hispanic, black, rich, poor, gay, straight, girls and boys alike… I pray my voice helps parents realize the importance of getting involved in their kids’ social activities.”

Call from the White House

The absence of their son especially hit home for the Bollings on Thanksgiving — the first holiday the family celebrated after Eric Chase’s death. The empty chair at the dinner table was heartbreaking to the former Fox star.

That’s when his cell phone rang; it was the White House calling.

“Eric, I know this is your first holiday without your son,” the familiar voice of President Donald Trump said. “I just wanted you to know we are thinking about you.”

“I realized then that President Trump, the man who I supported since the first day he announced his run for the White House, had an empathetic and compassionate side most never see,” Bolling wrote. And that call also gave his life a new direction — a new purpose after Fox News.

“For the past few months I’ve been working directly with President Trump and his senior advisers handing the White House’s opioid awareness initiatives,” Bolling wrote. He added several startling statistics that he’s learned in his time working on these issues:

Overdoses are the No. 1 killer of Americans younger than 50.

Bolling’s status as an “accidental expert” in the months since his son’s death has brought him to an awareness that the opioid crisis knows no socioeconomic boundaries.

“‘Not my kid’ syndrome is dangerous and deadly. I never thought I would be an expert on opioids. No way. After all — not my kid,” Bolling wrote. “Unfortunately I was wrong. Don’t be like me,” Bolling added.

“You still have time.” 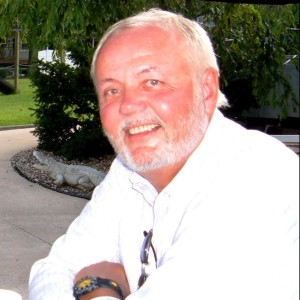 Michael Dorstewitz is a writer for the Conservative Institute. He is an attorney and a former U.S. Merchant Marine officer. His writing can also be seen at BizPac Review and NewsMax.