Is the investigation handled by special counsel Robert Mueller heating up or dying down? It depends on your point of view these days, especially after the latest reports revealing a major anti-Trump bias inside Mueller’s team.

No detail is too small for Mueller and his team though, and they’re keeping the pressure up on Paul Manafort. They went so far as to track line-by-line edits allegedly made by Manafort in editorials defending his work in the Ukraine, in an attempt to pin more illegal activity on President Donald Trump’s former campaign manager.

Mueller says Manafort violated a gag order by ghost-editing an article in the Kiev Post.

Is Paul Manafort allowed to ghost-edit newspaper articles? Not so, according to Mueller.

In court documents filed on late Friday, Mueller is trying to convince a judge that Manafort violated a gag order by ghost-editing and publishing an article in an attempt to strengthen his public reputation.

Mueller’s team came across the draft op-ed under the byline of Oleg Voloshyn. They then ordered Manafort’s attorneys to stop the publication of the editorial piece, which highlights his work in Ukraine, but it was posted a day later.

The court filing showed images that included every individual edit to an original draft document on Microsoft Word. The edits were made by a user named “paul manafort.”

Manafort’s conduct undermines trust in his adherence to bail conditions. Bail is fundamentally about trust — whether a defendant can be trusted to appear and to abide by the conditions put in place to assure his appearance

Even taken in the light most favorable to Manafort, this conduct shows little respect for this Court and a penchant for skirting (if not breaking) rules.

What these filings reveal is that the scope of Mueller’s investigation is immense.

Attorneys representing Manafort disagree with the special counsel’s allegations, arguing that he did not violate a federal judge’s gag order. Defense attorney Kevin Downing states that the gag order went too far and that it could “unconstitutionally vitiate Mr. Manafort’s rights to defend himself and his reputation, and to correct the public record.”

In a six-page briefing, Downing writes:

The Special Counsel’s standard would lead to the constitutionally untenable conclusion that a defendant is not even allowed to maintain his or her innocence when such an order is entered because, by doing so, that statement might influence the public’s opinion.

Downing added that Mueller’s position is that Manafort is prohibited from setting “the factual record straight,” while remaining silent as his reputation takes a hit. This, Downing says, could compromise the integrity of jurors.

Meanwhile, Voloshyn told Reuters that he wrote the article to correct misrepresentations in the media. He said:

I didn’t want to write any stupid things in it that would worsen his (Manafort‘s) already difficult position. I sent the text to Kilimnik and it was Kilimnik’s idea to send it to Paul (Manafort) for a look.

In October, a federal grand jury indicted Manafort as well as Rick Gates, his business associate. Some of the charges included conspiracy to launder money, making false statements, and acting as an unregistered foreign agent.

Both President Trump’s campaign and Russia have dismissed all of the allegations made against them. And many conservatives and Republicans are calling the probe’s integrity into question because of the documented anti-Trump bias in many of its prosecutors and aides.

This leads to a key question: should the Mueller probe just come to a conclusion already? Or: should Mueller and his team be replaced with more neutral actors?

With so much anti-Trump prejudice already revealed in the probe, this may simply be, as the president says, a witch hunt. 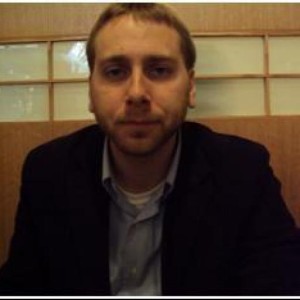