President Donald Trump and his administration scored another legal victory this week. The Supreme Court lifted the last remaining injunction on the Trump administration’s “public charge” rule on Friday, according to Newsweek, paving the way for the policy to take effect Monday. The rule, Newsweek reported, “seeks to make it more difficult for immigrants who are likely […]

Are members of the so-called “Resistance” infiltrating President Donald Trump’s White House? One Fox News host thinks so. According to Fox’s Tucker Carlson, recent comments from acting White House Chief of Staff Mick Mulvaney make it seem like he is working to “undermine his boss’s agenda.” “That shouldn’t surprise you,” Carlson added on Friday’s episode […]

It seems that former Vice President Joe Biden is implementing a new campaign strategy in an effort to save his failing 2020 presidential bid: making up stories. Out of nowhere, Biden is telling voters on the campaign trail that he was arrested three decades ago in South Africa while trying to visit Nelson Mandela. But […]

Since ramping up his 2020 presidential campaign, former New York City Mayor Michael Bloomberg has faced quite a bit of backlash over comments he’s made in years past. But this time, it isn’t the billionaire’s history that’s coming back to haunt him. Following the Democrats’ latest presidential primary debate in Nevada on Wednesday, Bloomberg posted […]

The turnover in the Trump Administration might be about to spike in the coming months. Axios reports that John McEntee, the new hire who has been put in charge of Trump administration appointments, is currently compiling a list of “anti-Trump” personnel within the president’s administration.  Who is he? McEntee was recently selected by President Donald Trump […]

One Fox News journalist’s career may have just taken a shocking hit. This week, President Donald Trump went after Neil Cavuto, the host of Fox News’ Your World with Neil Cavuto, saying, “Nobody likes him.”  Trump attacks The president’s comments about Cavuto came during a 2020 campaign rally in Colorado on Thursday after Cavuto had […]

One Fox News star has just made a comeback, although it might be a short one. Fox News personality Pete Hegseth, a former member of the Army National Guard, is back on Twitter after his account was previously suspended for a supposed violation of the platform’s policies, the Washington Examiner reported. The violation Hegseth’s violation had to […]

President Donald Trump gave an order this week that seeks to address one of his highest priorities: illegal immigration. The New York Times reports that the Trump administration will be sending an elite team of Customs and Border Protection (CBP) officers to so-called “sanctuary cities” beginning this month. The agents will be deployed to assist Immigration and […]

Vermont Sen. Bernie Sanders’ chances of winning the Democratic Party’s presidential nomination this year may have just taken a turn for the worst. According to a new report from The Washington Times, a “new centrist ‘dark money’ group” aligned with “never-Trump” Republicans is working to make sure Sanders won’t get the opportunity to face President […]

Will billionaire Mike Bloomberg decide to make Hillary Clinton his running mate if he wins the Democratic Party’s presidential nomination? Maybe. On Saturday, the former New York mayor’s campaign responded to speculation about a Bloomberg–Clinton ticket by leaving the question open. “We are focused on the primary and the debate, not VP speculation,” Jason Schechter, […] 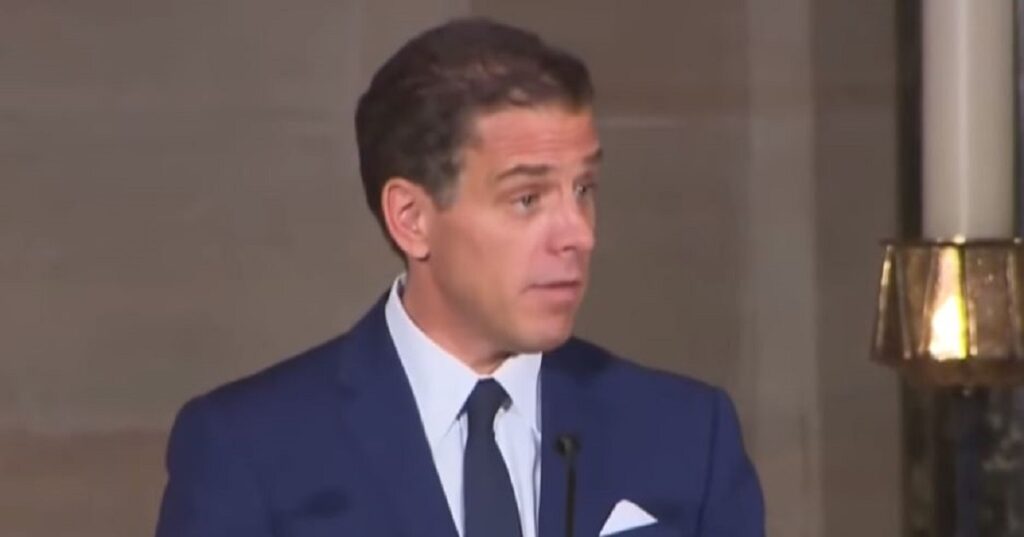 An investigation into Hunter Biden and his ties to the Ukranian energy firm Burisma Holdings appears to be heating up. According to the Washington Examiner, Sens. Chuck Grassley (R-IA) and Ron Johnson (R-WI) said in a statement Wednesday that they had requested this week “Hunter Biden’s official travel records from the U.S. Secret Service as […]

With the Nevada caucuses right around the corner, one member of the Trump 2020 team believes there is one question in particular that is on everyone’s mind. According to Kayleigh McEnany, national press secretary for the Trump campaign, that question is whether Sen. Bernie Sanders (VT) will prevail in Nevada, or whether the Democratic caucuses […]

Some new and surprising details have come to light about the upcoming sentencing of Trump friend and former associate Roger Stone. According to Kimberly Strassel of the Wall Street Journal, the prosecutor Attorney General William Barr assigned to oversee the Stone case believed the initial seven-to-nine-year prison sentence recommendation was excessive, but he was pressured to […]