Earlier this month, the Senate acquitted President Donald Trump on two articles of impeachment lodged against him by House Democrats. The charges arose from a complaint filed by a so-called “whistleblower” who has still yet to be officially named. While Democrats quickly latched on to the whistleblower’s words about Trump’s interactions with Ukraine, others were […]

President Donald Trump and his allies have long spoken about the dangers of the administrative “Deep State”– a cabal of high-level government bureaucrats determined to undermine his agenda. During a recent episode of Fox & Friends, former House Oversight Committee Chairman Jason Chaffetz confirmed not only that the Deep State does indeed exist, but that […]

President Donald Trump and his supporters have long complained of misconduct by government officials during the Russia collusion probe. Now, Attorney General Bill Barr is stepping up efforts to get to the bottom of those allegations. Fox News has reported that Barr tasked U.S. attorney for the Eastern District of Missouri Jeff Jensen with reviewing […]

Lindsey Graham pushes back on calls for AG Barr’s resignation

Over the last couple of weeks, Attorney General Bill Barr has faced calls for his resignation following new developments in the Roger Stone case. However, during a recent appearance on Fox News, Sen. Lindsey Graham (R-SC) rejected the resignation calls, saying that despite what they claim, Democrats who say they fear for the rule of […]

For just over a year, Utah has been represented in the Senate by failed 2012 Republican presidential candidate Mitt Romney. Now, some in the state party apparatus want that to change. Local Salt Lake City CBS affiliate KUTV reports that the Utah Republican Party is currently weighing three potential resolutions targeting Romney in the aftermath […]

Recently unearthed video and audio recordings of Democratic presidential hopeful Michael Bloomberg are raising eyebrows on both sides of the political aisle. In a 2011 interview, for instance, Bloomberg can be heard opining that many black and Hispanic males “don’t know how to behave in the workplace.” Watch: Wow these Bloomberg videos just keep getting […]

During the 2016 presidential election, Donald Trump was outspent by a significant margin. However, if recent fundraising numbers are anything to go by then history isn’t going to repeat itself.  This past Saturday, the president attended a high-dollar fundraiser in Florida. According to a report by The Washington Times, the event was held at the […]

‘You need to be afraid’: Judge Jeanine warns against Democrats’ ‘extreme leftist agenda’

Speaking Saturday on her self-titled Fox News program, Jeanine Pirro offered a stark warning to Americans about Democrats’ “extreme leftist agenda.” “As the Democratic primaries continue, understand that you are looking at the most extreme leftist agenda America has ever witnessed,” the former judge said in her opening statement, according to Fox News. “So you […]

Nevada union announces opposition to Sanders’ ‘Medicare for All’ plan

Vermont Sen. Bernie Sanders has made “Medicare for All” a cornerstone of his presidential campaign. Under the proposal, Americans would lose access to private health insurance plans and be forced into a single, government-run system of care. Conservatives have expressed alarm over the prospect of such a radical transformation of the health care landscape, but […]

Vermont’s primary election is scheduled to happen next month, and Sen. Bernie Sanders (I-VT) is widely expected to win among Democratic voters. However, they won’t be the only ones going to the polls, as Republicans will be casting ballots too. While President Trump is all but assured of victory, he isn’t the candidate that the […]

For much of the last year, former Vice President Joe Biden has been seen by many as the candidate most likely to win the Democrats’ presidential nomination this summer. But after his poor showing in Iowa and New Hampshire, some high-dollar Dems are saying it’s time for Biden to throw in the towel and drop […]

Tension seems to have escalated recently between President Donald Trump and Attorney General Bill Barr. In a tweet Friday, Trump quoted his attorney general as saying, “’The President has never asked me to do anything in a criminal case.’” “This doesn’t mean that I do not have, as President, the legal right to do so, […] 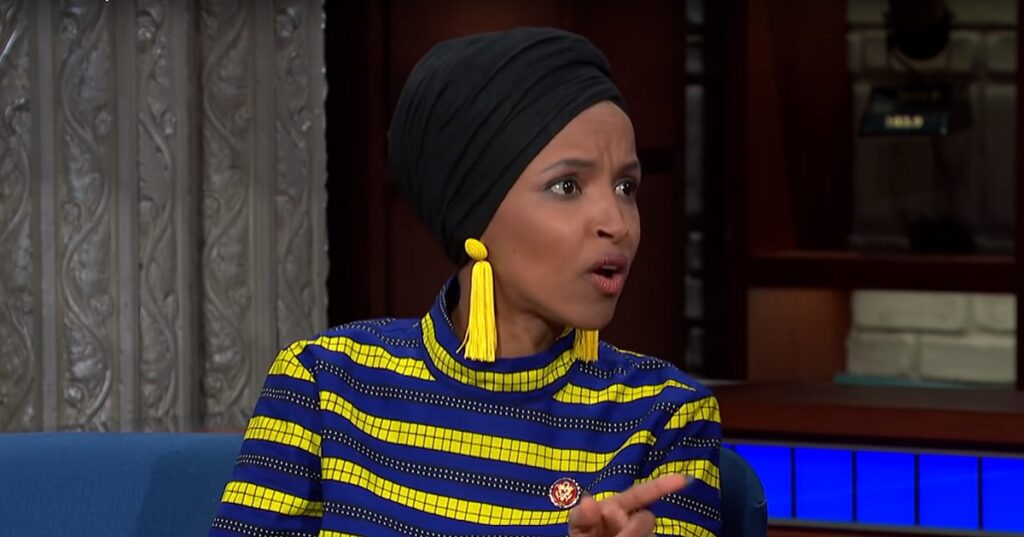 Far-left Democrat Rep. Ilhan Omar (D-MN) is in the news again, this time for an alleged pay-off scheme involving her estranged husband. Last year, Omar filed for divorce from her husband, Ahmed Hirsi, in the wake of media reports that she was having an affair with Washington political consultant Tim Mynett. “There has been an […]