As concern over the coronavirus disease now known as COVID-19 grows in the United States, President Donald Trump has faced criticism over his administration’s response to what some have characterized as an impending outbreak. Now, the president is pushing back. After House Speaker Nancy Pelosi (D-CA) suggested at a press conference Wednesday that Trump is […]

While deaths from the novel coronavirus are continuing to mount overseas, the U.S. has thus far avoided an outbreak of COVID-19. But if a new whistleblower complaint holds any water, that may be about to change. According to a Thursday report from The Washington Post, an anonymous senior official at the U.S. Department of Health […]

A former Democratic mayor of Baltimore was sentenced to three years in prison on Thursday for a scheme involving children’s books. Former Mayor Catherine Pugh used her influence on the board of a hospital to fraudulently make hundreds of thousands of dollars off a self-published book, the Baltimore Sun reported. The disgraced mayor has since […]

With his campaign on its last legs, former Vice President Joe Biden is trying out a new line of attack on Democratic presidential frontrunner Bernie Sanders. Biden slammed the Vermont senator in a recent CNN town hall as a ne’er-do-well who has accomplished little besides naming post offices, the Washington Examiner reported. While criticism of Sanders […]

A conservative watchdog group is planning to fight the CIA and Department of Justice (DOJ) over an alleged “cover-up” to protect the so-called Ukraine whistleblower. Judicial Watch announced last week that it will press on with lawsuits against the two federal agencies after they refused to provide information about the anonymous CIA officer whose complaint […]

President Donald Trump sought to take charge of the coronavirus crisis at a press conference on Wednesday. Striking a tone of optimism and confidence, the president assured Americans that the risk from COVID-19 remains low, but that the Trump administration is prepared if the outbreak gets worse. Democrats have criticized Trump’s response as inadequate and […]

Many Democratic superdelegates oppose nominating Sanders if he does not have majority: report

In 2016, many argued that Democratic presidential hopeful Sen. Bernie Sanders (I-VT) had the party’s nomination “stolen” from him. If a new report from The New York Times is to be believed, then history may be about to repeat itself. Potential superdelegate revolt The Democratic National Convention includes individuals known as “superdelegates” — delegates who […]

Former Vice President Joe Biden’s leading status in the 2020 Democratic presidential race took a severe hit following his repeated mentions in the impeachment trial of President Donald Trump and his dismal performance with voters in Iowa and New Hampshire. Temporarily bolstered by a second-place finish in Nevada, the future of Biden’s campaign has largely […]

Coronavirus ‘could be serious,’ pathologist warns

Fox News contributor and expert forensic pathologist Dr. Michael Baden says he is worried that COVID-19 “could be serious.” At the same time, however, he says that the response by the Trump administration has been good. “This doesn’t compare to [the Spanish flu] as [of] now, but the problem here is that with the coronavirus, people […]

Fox Nation host Britt McHenry confirmed some very shocking news this week. The 33-year-old is undergoing treatment for a brain tumor.  “I was trying to keep this relatively private,” McHenry said on Twitter Thursday. “But as usual, things are being said without my consent.” “I have a brain tumor,” she continued. “I’m with an amazing […]

DANIEL VAUGHAN: Democrats see him as ‘Crazy Bernie’ too – for now

We’re in the midst of a brief moment in the Democratic primary race when we get to see both the real Bernie Sanders and what Democrats will do to stop him from winning the nomination. It’s one of those clarifying times when Democrats will acknowledge that Sanders and his beliefs are genuinely obnoxious — at […] 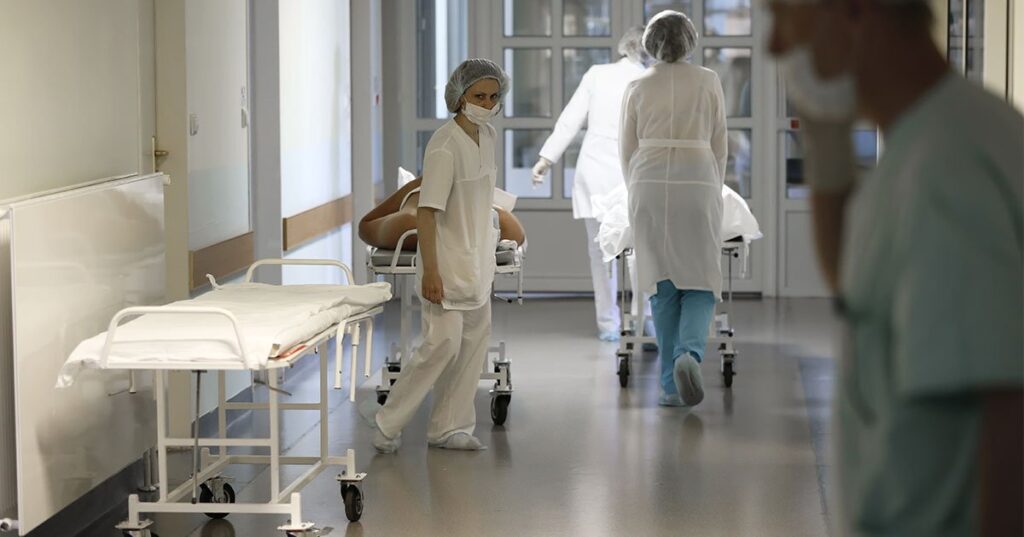 Fears over the spread of coronavirus in the U.S. are having an economic impact, with the Dow Jones Industrial Average falling by more than three thousand points over the course of a week. What’s more, the increasing number of cases in California has prompted Democrat California Gov. Gavin Newsom to host a press conference.  Newsom […]

One overarching truth emerged from the cacophonous Democratic debate this week: The Democrats haven’t got game. They’re floundering. They’re lost. And they’re coming up short. Everyone on that stage except maybe the clueless Michael Bloomberg recognized that Sen. Bernie Sanders is the dominant front-runner, so they trained their sights on him, which is hardly a […]

Vermont Sen. Bernie Sanders, the front-runner for the Democratic nomination for president, is praised by his admirers for being consistent. He’s been saying the same things for 40 years, they explain — as if this is an obvious compliment. I think that’s kind of weird. But I also like it because it gives me an […]